The residential neighborhoods of a reunited Edina, Minnesota have retained the bucolic charm of a small town — but with efficient city services and proactive public works management of a much larger city. For decades, Edina’s public works department made pipe replacement decisions based on service life estimates and a “break map” history of locations of pipeline breaks and leaks. Area-wide replacement of miles of expensive water main pipe was standard procedure until Edina discovered the cost-saving benefits of pipeline condition assessment technology in 2014.

Water resources and city services go back to the early history of the Minnesota city of Edina, a “first-ring” suburb of Minneapolis founded in the 1850s. Named after the local water-powered Edina Mill, the community in the 1920s was divided in conflict between residents demanding more city services and those committed to maintaining Edina’s rural character, causing part of the town to secede. Today, the residential neighborhoods of a reunited Edina have retained the bucolic charm of a small town — but with efficient city services and proactive public works management of a much larger city.

For decades, Edina’s public works department made pipe replacement decisions based on service life estimates and a “break map” history of locations of pipeline breaks and leaks. Area-wide replacement of miles of expensive water main pipe was standard procedure until Edina discovered the cost-saving benefits of pipeline condition assessment technology in 2014.

“We planned on spending somewhere between $800,000 to $1 million on water main replacement on that first project, but performing non-invasive condition assessment testing on our existing pipe enabled us to cut that cost in half,” says Chad Millner, Director of Engineering for the Edina Engineering Department.

“The ePulse® technology is a proven condition assessment and leak detection tool that measures the remaining average wall thickness of water mains,” says consulting engineer Dave Hutton with Short Elliott Hendrickson (SEH), an engineering firm working for Edina. “This makes ePulse® technology an outstanding tool that helps utilities to extend their capital programming. Identifying older water mains that are still capable of an additional 20 or 30 years of service life is a proactive way to avoid premature and unnecessary replacement, saving capital dollars that can be applied to other projects.”

Thicker pipe walls are more resistant to this pipe flexing, causing the pressure wave to travel faster, indicating a pipe wall in good condition. Deterioration and corrosion resulting in a thinner pipe wall causes the acoustic pressure wave to travel measurably slower, identifying worn pipe and sections in danger of failure and in need of replacement. Applying advanced algorithms to the captured acoustic data enable measuring the average minimum wall thickness, which is compared to the original thickness of the pipe to determine the average percentage of wall loss.

The first-year capital savings convinced the Edina Engineering Department to make condition assessment testing part of their ongoing pipeline maintenance program, typically deployed before initiating annual street reconstruction projects scheduled for summer months. Condition assessments have revealed pipelines with as much as 50% wall thickness loss and may have contributed to Edina avoiding catastrophic water main failures for the past few years. Edina has adopted a policy of automatic replacement of any pipes with 30% or more pipe-wall loss because even marginally reduced pipe wall integrity creates a substantial risk of broken water mains from ground movement caused by frost during severe Minnesota winters.

“Condition assessment data gives us an accurate picture of the overall status of our water distribution system, and is now a critical factor in deciding where to strategically spend our capital dollars,” says Edina’s Chad Millner. “We immediately recognized its value when we were testing this technology a few years ago, and now our city council also recognizes the real bottom-line benefits of using condition assessment technology, especially in these days of limited utility budgets.”

Non-invasive “survey-level” technologies like ePulse® condition assessment are gaining popularity with utilities as an economic alternative to high-resolution inspections than using expensive technologies that require removing pipelines from service or inserting devices and equipment into an active pipeline. Budget cutting as a result of water conservation measures, reduced revenues, and other economic factors are compelling both large and small utilities and municipalities to seek new ways to maintain their water distribution systems at less cost.

“Utilities are grappling with aging water distribution infrastructures coming to the end of their service lives, but their real challenge is making diligent choices as to which pipelines they are going to replace and when,” says Michael Livermore, our regional sales manager. “Utilities today simply cannot afford to operate without the vital decision-making information delivered by advanced pipeline condition assessment technology. It’s no longer merely an option. It’s a necessity.”

“Smaller municipalities and utilities are embracing this technology simply because it gives them a big advantage for a very small cost,” says Dave Hutton of SEH. “Yes, you spend a little money up-front for the condition assessment testing, but you save more money on the backend by avoiding replacement costs. It’s like those car-repair TV commercials many years ago that said, ‘Pay me now — or pay me later.” 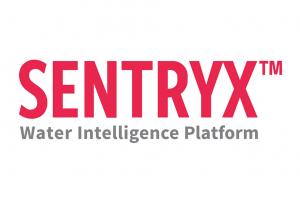 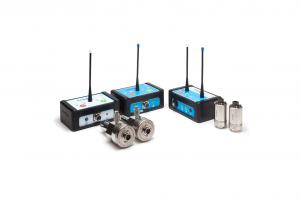 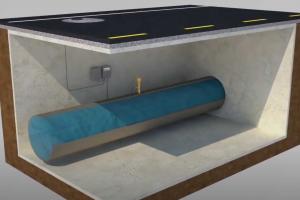 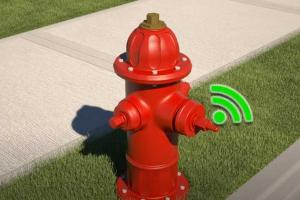